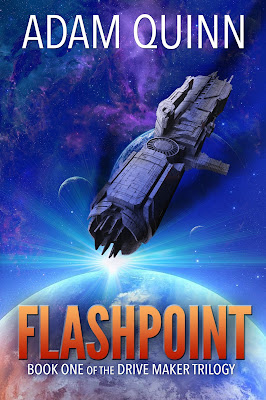 What is the cost of peace?
Guilt-ridden over her role in the cataclysmic Order War, Taylor Ghatzi decided to retire from galactic politics and dedicate her life to the Emergency Service—until a deadly terror attack strikes her home world, and she may be the only one able to unravel the mystery behind it.

Meanwhile, Cherran DeGuavra, the son of the most important statesman in the past century, gave up on trying to reunite the galaxy frayed by his late father's greatest mistake, but now must call upon all of his diplomatic powers to prevent it from tearing itself even further apart.

With the galaxy's powers on a war footing and their own government obstructing them, Taylor and Cherran may need to start a fight to prevent one.

Visitors in the Last 30 Days